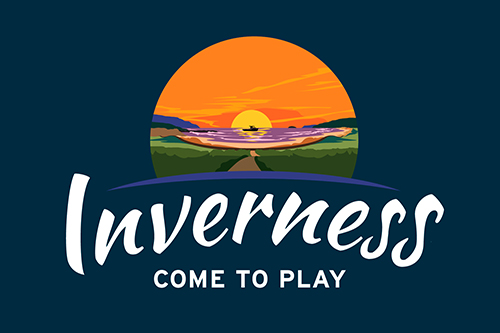 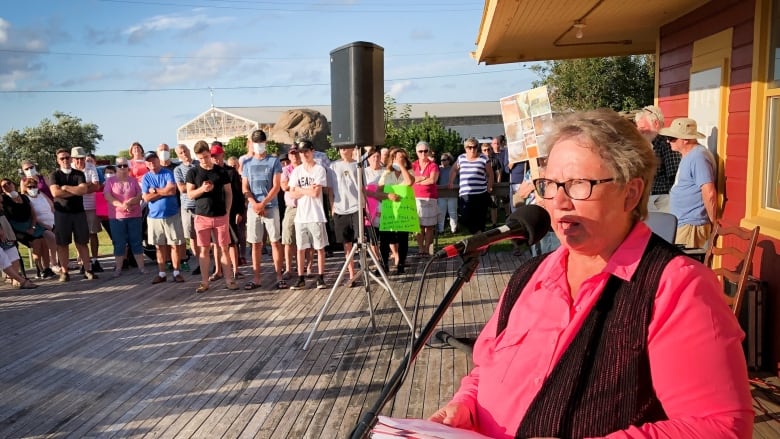 More than 200 people gathered at the Miners’ Museum in Inverness, N.S., on Monday, hoping to send a message to the federal and provincial governments.

They say they welcome the rapid commercial and residential growth the Cabot Links and Cabot Cliffs golf courses have brought to the town.

But they also say the smell of success has come at a cost. Their sewage treatment system has been overwhelmed, and they are asking for help.

“It’s embarrassing to have to explain to tourists what this smell is,” said Rose Mary MacDonald, president of the Inverness Development Association.

“We should not have to do that.”

MacDonald organized the rally, and she said people are getting sick from the smell.

Part of the busy beach nearby was shut down over the weekend due to water quality concerns, which MacDonald said occurred in the same area where the pipe takes treated wastewater out into the Gulf of St. Lawrence.

The Miners’ Museum overlooks the sewage treatment plant and lagoon.

Not far away, between the lagoon and the Gulf, golfers walked a fairway at Cabot Links.

Among the crowd on the museum’s deck, some people carried signs and some wore breathing masks.

“I do see it as a crisis,” she said. “It’s something we have to deal with right away.”

The county has applied for federal and provincial funding for a new $6.3-million treatment plant, but MacQuarrie said there’s no official word yet on the project’s approval.

Keith MacDonald, Inverness County’s chief administrative officer, told the crowd the municipality has been doing repairs at the sewage plant, but they haven’t been able to keep up with the demand.

He said the lagoon has gone septic and the province will be called in to test the treated effluent pipe.

There may be some short-term work that can be done to get the lagoon back in action, MacDonald said, but the solution is to replace the treatment plant and lagoon with a facility that has at least double the existing capacity.

According to municipal figures, residential growth is up 31 per cent and commercial assessment is up more than 52 per cent over the past five years.

MacDonald said the municipality is having to turn away requests for new residential and commercial hookups due to capacity problems at the sewage plant.

In addition, he said, the county recently paid about $30,000 in fines to the provincial Environment Department for sewage treatment deficiencies in communities across the municipality.

Jim Mustard, the town councillor for Inverness, said the situation is so bad, he’s ready to push for stronger action.

“I’ll advocate at council’s first meeting, whether we have the funding or not, we’ll go and borrow for it, so this gets done right now,” he told the crowd.

She said the area’s Liberal MP, Rodger Cuzner, is working on the file in Ottawa, and MacDonald urged residents to contact Nova Scotia Premier Stephen McNeil to make the project a priority at the provincial level. 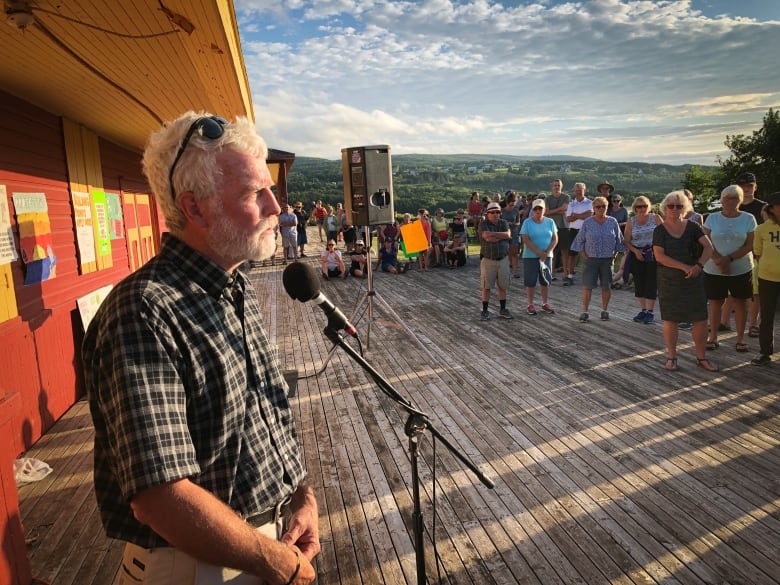