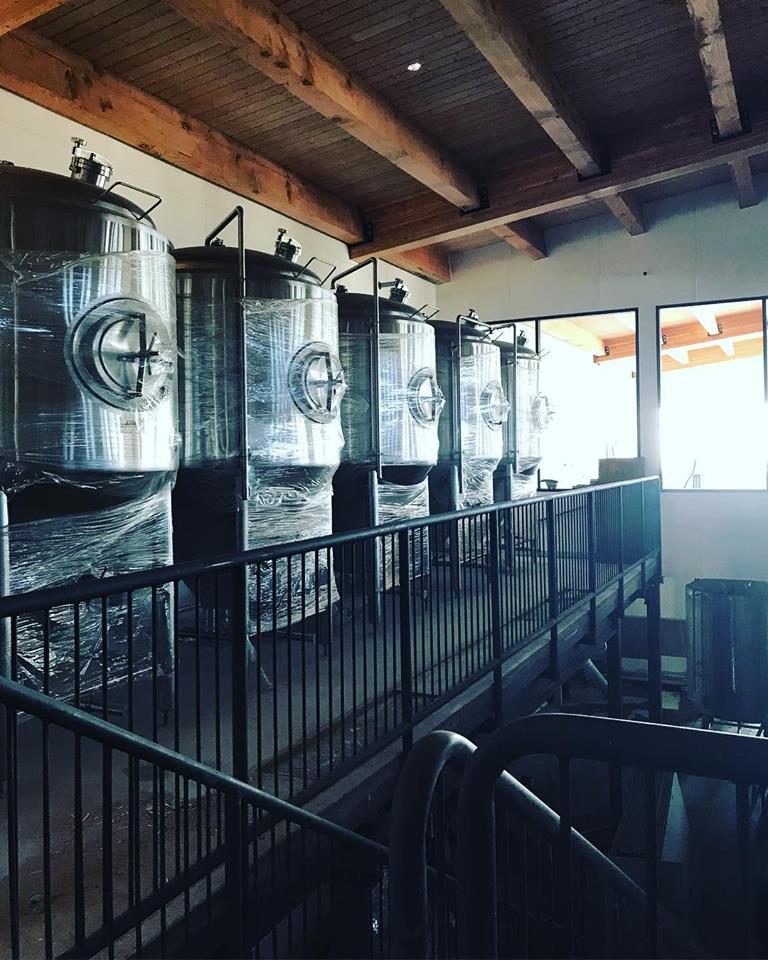 Route 19 Brewing Inc. will be the third microbrewery to set up shop on the island in recent years. Breton Brewing Co., located in Sydney River, was founded in 2015, while Big Spruce Brewing of Nyanza, Victoria Co., was established in 2012.

The $3.5 million to $4 million project in Inverness is supported by a group of seven investors including majority stakeholder Wayne Gillis, who lives in Dartmouth but calls Margaree home.

“I’m back and forth,” said Wayne, who spoke to the Post from an office in Dartmouth last week along with another one of his business partners on the project, Cliff Gillis.

“There’s guys (who) plan to run (the brewery) anytime of the week. I’m not going to be quite hands-on but we’re quite involved in everything that’s happening there,” said the businessman, who also owns and operates Land and Sea Instrumentation Ltd. in Dartmouth.

“We are doing the construction and the design build with an architect firm in Halifax. We’re involved in the everyday construction side of it.”

Cliff, who is not related to Wayne, grew up in Skye Glen, Inverness Co. The other partners in the project are Paul Aucoin of Sydney and Inverness, Ryan McIsaac of Inverness, Paul Mitchell of Dartmouth, Gilbert Whyte of Bedford and Wayne Gillis’s son, Evan Gillis, who also splits his time between Dartmouth and Margaree.

The microbrewery project received a $500,000 loan from the Atlantic Canada Opportunities Agency’s (ACOA) business development program out of a total eligible amount of $1.36 million.

The original plan was to open the brewery’s tasting room and an upstairs 300-seat tap and grill restaurant by the Canada Day weekend. That plan fell through, however, with a less than ideal spring that kept most of the island cool and wet, with even some snow flurries in late June.

“It’s been taking a bit longer,” Cliff said. “We dealt with weather in the spring. It was really wet up on the coast there so we fell behind a bit.”

The new schedule has construction wrapping up six to eight weeks from now, with a potential opening date sometime in October.

There are no guarantees as Wayne can attest to.

“We can’t give you a firm date — man, it’s construction,” he stated plainly.

“There’s a lot of energy that goes into the permits, the planning, the bylaws, et cetera. There’s a terrible pile of stuff. There’s delays … like Cliff said, we had terrible, terrible weather this spring. We would have been better off building in January and February.”

The structure is being constructed using insulating concrete form (ICF) that uses interlocking modular units that are dry-stacked without mortar and filled with concrete. The units lock together like Lego bricks to create a form for the structural walls and floors of the building.

“When you do an ICF … you base it all on the weather because of the concrete. If it was a wood structure or steel, well there’s a lot of days you can work but with concrete you can’t pour (in inclement weather). Everything in it is concrete – the floors, the walls, right to the roof,” said Cliff.

“It’s going to be beautiful when it’s all done.”

He said it was a strategic move to build a brewery and restaurant across the street from the Cabot Links golf course, which has received widespread acclaim for its links-style layout and has attracted clientele from around the world.

About a half-kilometre to the north on Central Avenue is the Westside Cookhouse, a 45- to 50-seat restaurant that opens daily at 7 a.m. and closes at 11 p.m.

It first welcomed customers on June 9 and has a more casual feel than the upscale microbrewery and restaurant. All of the partners involved in Route 19 Brewing Inc. are also involved in the Westside Cookhouse.

The Westside Cookhouse offers breakfast, while the Route 19 tap and grill won’t open until the lunch hour. It will also supply the brewery and its second-floor restaurant with baked goods.

There are currently about 20 employees working at the Westside Cookhouse, which offers pizza, donairs, as well as live and cooked lobster.

“Route 19, the bigger restaurant, will have a wood burning pizza oven so it’ll be more of the gourmet-type pizza. So, it’s two different menus,” said Cliff.

As for the beer at the microbrewery, there will be India pale ales, pale lagers, red and dark beers. The group isn’t concentrating on how they will differentiate their products from competitors like Breton Brewing and Big Spruce.

“It’s a little different than Breton (Brewing) or Big Spruce in the fact that we’re running a three-level restaurant with 300-person (capacity). We will have a tasting area below and a restaurant,” Cliff said.

“Every brew master has their own recipes so, of course, it’s going to be different. We will have our IPAs, we will have our Pilsners. …We’re probably going to have an organic beer.”

Wayne said they plan to distribute at least one brand of beer through the Nova Scotia Liquor Corp.

It’s all part of a process and it’ll take time before seeing a beer produced in Inverness on store shelves in a local NSLC outlet.

“We have a lot of calls from people who said, ‘Once you have it please let us know.’ But we haven’t hired that marketing person yet. We want to try our brands, we’ve got to get people to do some tasting. We got our work cut out (for us) yet,” he said.